You want beautiful and supple skin? At FX supplements we have both the science and the results for a younger more glowing you.

With the recent launch of the latest innovation in skincare NDS SkinActive® Probiotic, the results are simply outstanding and the science and studies stack up.

For cosmetic reasons, we would like our skin to remain beautiful and supple for as long as possible. And this should preferably be in a natural way so we avoid going under the knife or getting injections. The skin is nourished by the nutrients our diet consists of. You are what you eat, and your skin shows exactly that. New skin cells are formed about every 28th day. A healthy diet and sufficient fluids is the prerequisite for beautiful and strong skin. The skin is a very large organ, as far as its weight is concerned and it has an area of approx. 2 m2. The skin is our barrier between the inner and outer surroundings. It is important to keep this barrier intact. For example, the skin must protect us against heat, cold, radiation and micro-organisms. The skin also regulates our body temperature and helps to create vitamin D. About 75% of the skin’s dry weight consists of collagen peptides, which is embedded in the skin’s connective tissue. NDS® Probiotic SkinActive® is a new dietary sup- plement product for plump and radiant skin. The product contains collagen peptides, zinc, vitamins E and C combined with four probiotic Bifidobacteria with nutrients for the delivery of these bacteria. The ingredients in NDS® Probiotic SkinActive® nourish the skin’s three layers from the inside and replenishes the skin with the nutrients it needs.

Structure of the skin:

The skin is divided into three different layers. The outer layer (epidermis), the dermis (beneath the epidermis) and the deep- er subcutaneous tissue (hypodermis). 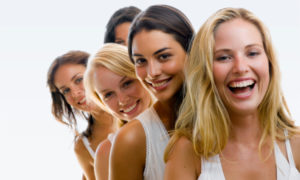 The middle layer is the dermis, which consists of firm connec- tive tissue with collagen peptides. These give the skin fullness, firmness, strength and structure as well as elastin fibre which gives the skin its elasticity and suppleness because these peptide chains can stretch 50-80% and resume their shape again. The dermis also consists of a lot of water bound in hyaluron. For the formation of connective tissue and as a soluble antioxidant, vita- min C is important. The amount of both collagen and elastin is reduced with increasing age. From the age of 20-30, we lose 1-2% per year. Here, more is depleted than what is formed. Wrinkles appear due to the lack of connective tissue and saggy elastin, lack of vitamin C and fluids.

The inner layer is the hypodermis, which consists of loose connective tissue with collagen and fibroblasts. Fibroblasts form collagen based on the peptide chains in the extra cellular matrix, macrophage cells, which are immune cells, water and fat cells. The fats in our skin come from the fats we consume in our diet. In order to protect the skin’s fat against damage from the sun, oxidative stress and other free radicals, it is necessary to have the lipo-soluble antioxidant vitamin E. Cellulite occurs because of more and larger fat cells in relation to collagen in the dermis. With increasing age, the activity of the fibroblasts which forms collagen, is reduced.

30% of the proteins in the body is stored in collagen, which is found as a binding agent in our connective tissue in the skin, cartilage, sinews, muscles, bones, blood vessels and in the gastrointestinal tract. The connective tissue is the tissue that supports, provides structure and shape. Collagen is the long chains with polypeptides consisting of amino acids from broken down and digested proteins from the digestive system. Several of these chains wind around each other like woven rope and,

consequently, structure and flexibility is created in our connective tissue. About 28 different forms of collagen exist, but it is the type 1 collagens, in particular, that are found in our skin. The collagen peptides that are in NDS® Probiotic SkinActive®, are type 1 colla- gens. Trials with the special collagens that are used in the product show that 100% is absorbed into the gastrointestinal tract and that in the next 12 hours collagen peptides are found in the blood. Subsequently, increased amounts are also found in the skin up to 192 hours after ingestion.

So far, three double-blind, randomised placebo-controlled studies have been conducted with more than 280 participants who have taken either the placebo or a 2.5 g dose of the collagen preparation that is found in NDS® Probiotic SkinActive®. 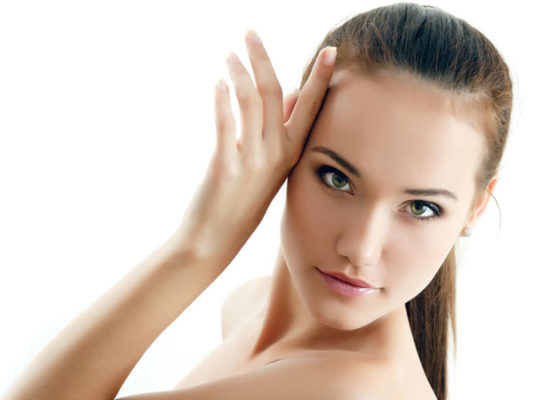 These studies establish the following effects:

Daily dose: 1-2 teaspoon in water – leave for 15 minutes and drink