Understanding the regulation of fuel utilization has been a topic of great interest and has practical implications to athletic performance and to prevention of pathophysiological metabolic conditions. The balance between carbohydrates (CHO) and lipids is regulated by a complex system with multi-site feedback and feedforward control as well as interaction between the pathways. Carnitine has a crucial role in lipid oxidation by mediating the translocation of long-chained fatty acids into mitochondria. During the past 30 years, dietary supplementation with carnitine has been widely used in order to enhance lipid oxidation and increase exercise performance. The evidence for an ergogenic effect of carnitine is, however, limited and most studies show no effect of carnitine supplementation on lipid oxidation. This is hardly unexpected since there is hitherto no evidence that muscle carnitine content can be increased by carnitine feeding in healthy men. 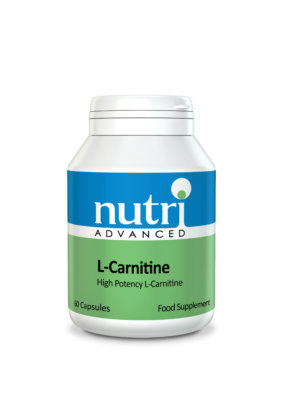 In a recent issue of The Journal of Physiology, Wall and colleagues were able to show for the first time that muscle carnitine can be increased in healthy men by dietary carnitine supplementation (Wall et al. 2011). The same research group led by Paul Greenhaff has shown in a previous study that 6 h intravenous infusion with a combination of carnitine and insulin elevated muscle carnitine by 13% (Stephens et al. 2006). The mechanism is probably related to stimulation by insulin of the Na+-coupled transmembrane carnitine transport and is the theoretical foundation for the present study, where carnitine feeding was combined with CHO. Three months of dietary supplementation with a combination of carnitine and CHO had no effect, but after 6 months muscle carnitine content increased by 21%. The necessity of using a very long supplementation period demonstrates the difficulties involved and explains the failure of previous studies with shorter intervention periods.

In this work, they have not only shown increased muscle carnitine but also that this alters muscle metabolism during exercise. Firstly, during low-intensity exercise (50%

) carnitine supplementation resulted in reduced glycogen utilization and reduced activity of the pyruvate dehydrogenase complex (PDC). PDC is a main control point of CHO oxidation and has a complex mode of control including feedback inhibition by the products acetyl-CoA and NADH (Fig. 1). The investigators suggest that the reduced PDC activity is due to a carnitine-mediated increase in lipid-derived acetyl-CoA. Although this explanation is consistent with theoretical models (Randle et al. 1963) the current data give limited experimental support in that the acetyl-carnitine/carnitine ratio, which reflects the acetyl-CoA/CoA ratio, was lower after carnitine supplementation. The carnitine-induced sparing of muscle glycogen is an important finding and is consistent with an increased lipid oxidation. However, an obvious limitation of this study is that there are no measurements of lipid oxidation, which should have been one of the primary outcomes.

Another finding in this work, was that at high-intensity exercise (80%

) muscle lactate was reduced after carnitine supplementation. Simultaneously PDC activity was increased, i.e. opposite to that observed during low-intensity exercise. The increased PDC activity was explained by the role of carnitine in buffering acetyl-groups giving rise to reduced levels of the PDC inhibitor acetyl-CoA. The lower muscle lactate after carnitine supplementation suggests a better matching between glycolytic flux and CHO oxidation.

Carnitine supplementation also had an ergogenic effect and was shown to increase work output by 11% in a performance trial with a fixed duration of 30 min. The ergogenic effect was explained by the dual role of carnitine – glycogen sparing at low intensities and reduced muscle lactate accumulation at high intensities.

This well controlled study by Wall et al. 2011, has broad implications. An important and robust finding is that muscle carnitine can be increased by dietary means in subjects without carnitine deficiencies and that this has a clear influence on muscle metabolism and performance. The results may have significant implications for athletic performance but the requirements of long-term treatment will most likely restrict the use of carnitine as an ergogenic aid. The results may also have some clinical importance in the treatment of type 2 diabetes and other metabolic diseases, which are related to a deteriorated lipid metabolism. It may be anticipated that further work on this subject will determine whether carnitine can specifically enhance lipid oxidation.

We are a group of qualified Nutritionists and we supply a full range of superior evidenced based supplements to clients and practitioners in Ireland & UK. Our range of supplements are sourced from some of the most researched and ethical companies on the globe. If you care about what you put in your body. You’ve come to the right on-store for the highest quality.