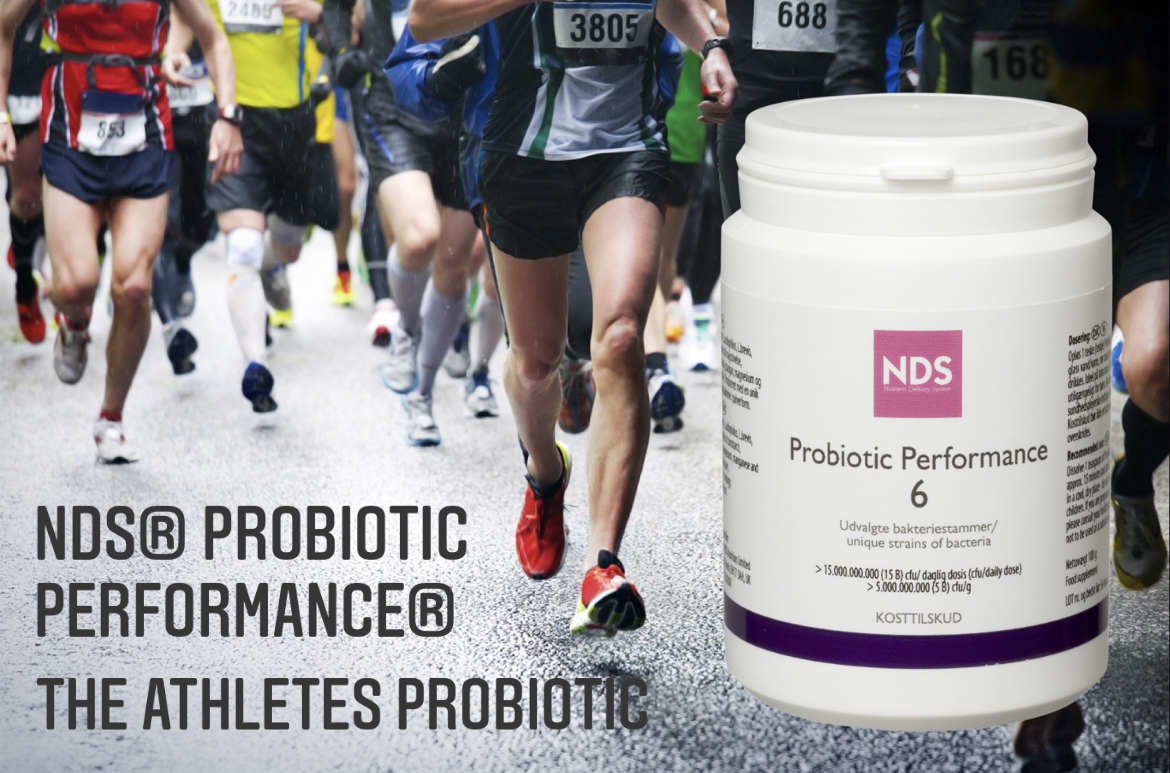 Methods: In a randomised, placebo-controlled trial, 24 recreational runners were allocated to receive either a probiotic supplement or a placebo for four weeks before a marathon race.

Results: For the first two weeks, there were no differences in GI distress symptoms between groups.
In the third and fourth week, the prevalence of moderate. GI symptoms was lower in the probiotic group compared to the placebo group. Despite individual variability, GI distress symptom severity was lower during the final third of the race in the probiotic group compared to the placebo group. This was also correlated with a significant difference in the decrement of average speed from the first to the
last third of the marathon race, with the placebo group slowing down more relative to their initial pace, even though there was no statistical difference in finish times. Circulatory markers increased to a similar degree, with no significant differences between groups.

Performance has been tested in a randomized, double-blind, placebo-controlled trial at the Medical University of Graz, Austria. Twenty-three endurance sportsmen received a daily dose (1*1010 cfu/day) of NDS® Probiotic Performance or placebo for 14 weeks. The triple step test ergometry was used as a model for stress. This performance test to measure maximum endurance capacity was performed at baseline and at the end of the treatment. Markers for intestinal barrier function, oxidative stress, and inflammation were measured. The trial showed that supplementation with NDS® Probiotic Performance significantly decreased stool zonulin levels, an important marker for a ‘leaky gut’. Moreover, a trend was shown towards a decrease in the chronic inflammatory marker TNF-α.

Main usage indications: Performance to be used mainly for athletes- To prevent runners diarrhea and also to prevent increased risk of intestinal permeability that comes with sports.